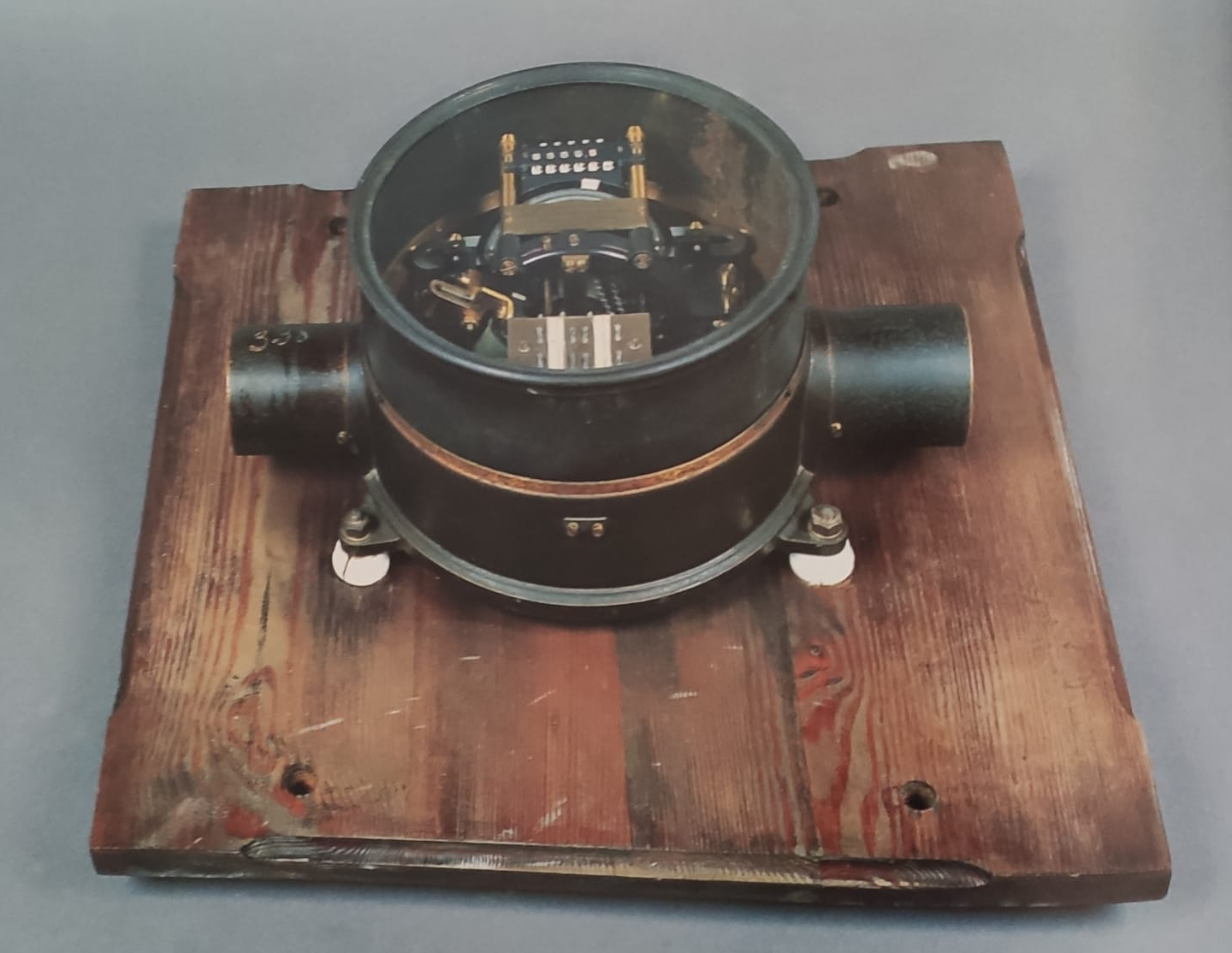 The Siemens-Ferraris meter a single-phase alternating current meter that exploits the principle of revolving magnetic fields.

An aluminum drum is forced to rotate by the rotating magnetic field produced by two orthogonally windings: one is excited by the current and the other by the voltage of the electrical circuit connected to the meter. In this way, the driving force applied to the drum is proportional to the “electrical power” absorbed by the circuit and, consequently, the latter is proportional to the speed of the rotating drum. Therefore, by counting the number of revolutions performed by the drum with a step counter, it is possible to precisely measure the amount of electrical energy that passes through the circuit is.
This type of meter and a variant for three-phase circuits were presented by Siemens and Halske at the 1900 Paris Exhibition. They have spread widely in central and eastern Europe, leading to the second phase of the Industrial Revolution and the introduction of induction engines. Today, however, electromechanical meters are replaced by more sophisticated electronic meters.

Although Galileo Ferraris invented the electric motor independently from Nikola Tesla and a few months in advance , he got neither the fame nor the money that Tesla got.
Indeed, Tesla made considerable profits from the selling of its patent to the Westinghouse Company.
The patent dispute, which arose later, ended only after the death of Galileo Ferraris with a sentence in favor of Westinghouse. In the 21st century all the recognitions of the case are guaranteed to Tesla.