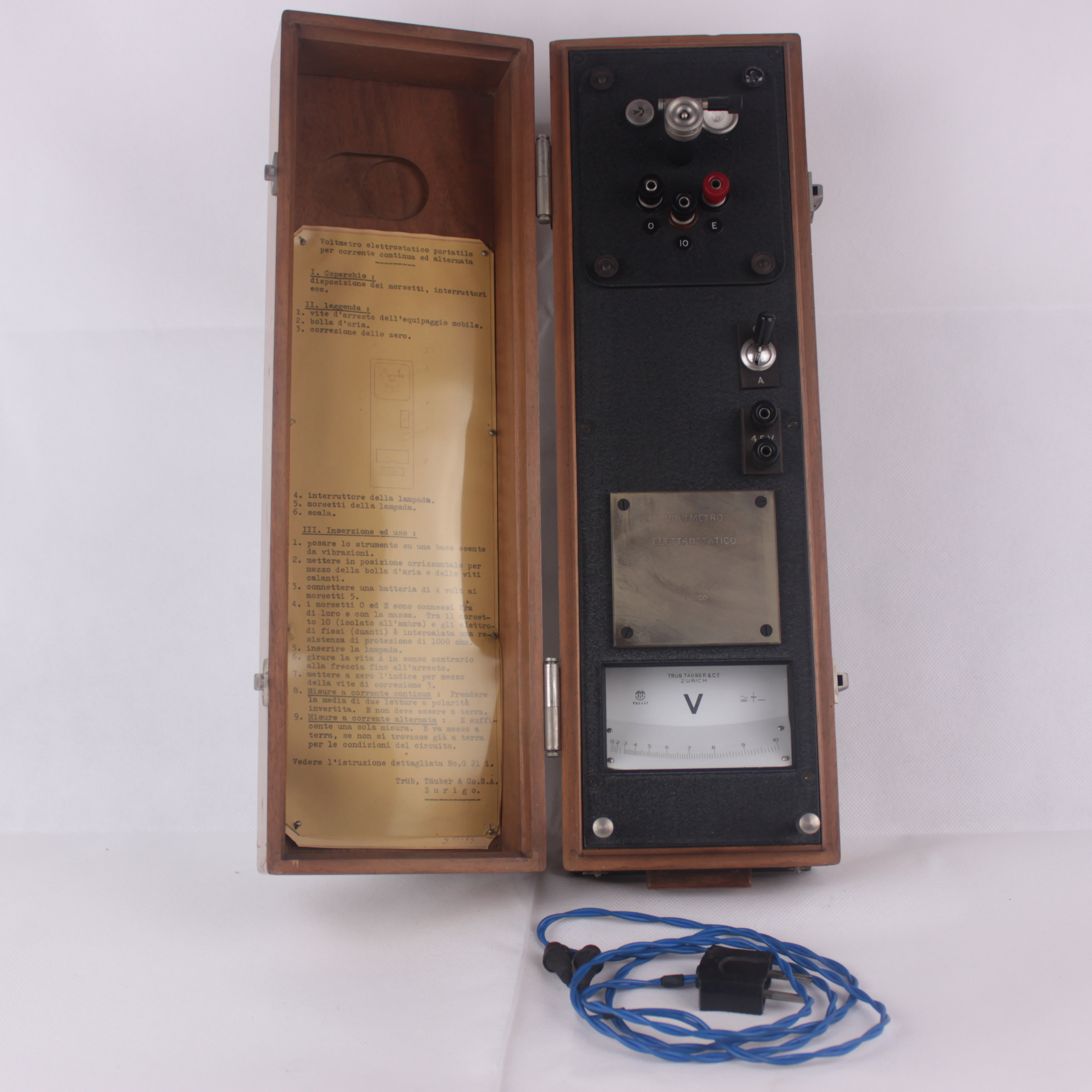 A voltmeter is an instrument that measures voltages of either direct or alternating electric current on a scale usually defined in volts, millivolts (0.001 volt), or kilovolts (1,000 volts). Today, the typical voltmeters for commercial or laboratory usage are likely to employ an electromechanical mechanism in which the current flowing through wire coils and is translated into a voltage value. One type of voltmeter is the electrostatic voltmeter which uses electrostatic forces, and is the only voltmeter which measure voltage directly rather than by the effect of current.

Many voltage measurements cannot be made using conventional contact voltmeters as they require charge transfer to the voltmeter, thus causing the source voltage to be charged and modified. For example, when measuring the voltage distribution on a dielectric surface, any measurement technique that requires charge transfer, no matter how small, will modify or destroy the actual data.
If you build an electrostatic voltmeter contrasting an alternating series of reinforcements (many fixed reinforcements opposed to as many mobile reinforcements, so as to multiply the final effect) you can have instruments for even more modest voltages (in the order of 100 V). In these instruments the damping torque is given by a permanent magnet that acts on the mobile reinforcements of the voltmeter.
To prevent the instrument from being damaged when it is powered, there is a high-value resistance between an external clamp and the fixed reinforcement with the precise purpose of making the loading of the reinforcements of the instrument fairly slow. As with all other instruments the tension to the mobile reinforcement is given through the antagonist spring.
If we need to measure high voltages, an electrostatic voltmeter with less opposing reinforcements is used, or even a voltmeter where the operating principle is based on the variation of the distance between the reinforcements. This type of electrostatic voltmeter can measure voltages well above 500,000 V. The great advantage of this class of measuring instruments is their very low self-consumption which is of the order of a few tens of millionths of Ampere (about 10 microamps) also with industrial frequency voltages (42 - 60 Hz).
Electrostatic voltmeters have the advantage of being able to be used without current and both with difference of alternating potential and with the continuous one.
The first electrostatic voltmeter was invented by William Thompson (Lord Kelvin) in 1887, meeting the growing demand for innovation in the electrical industry, while Edward Weston devised some of the most famous voltmeters in the early electric age.