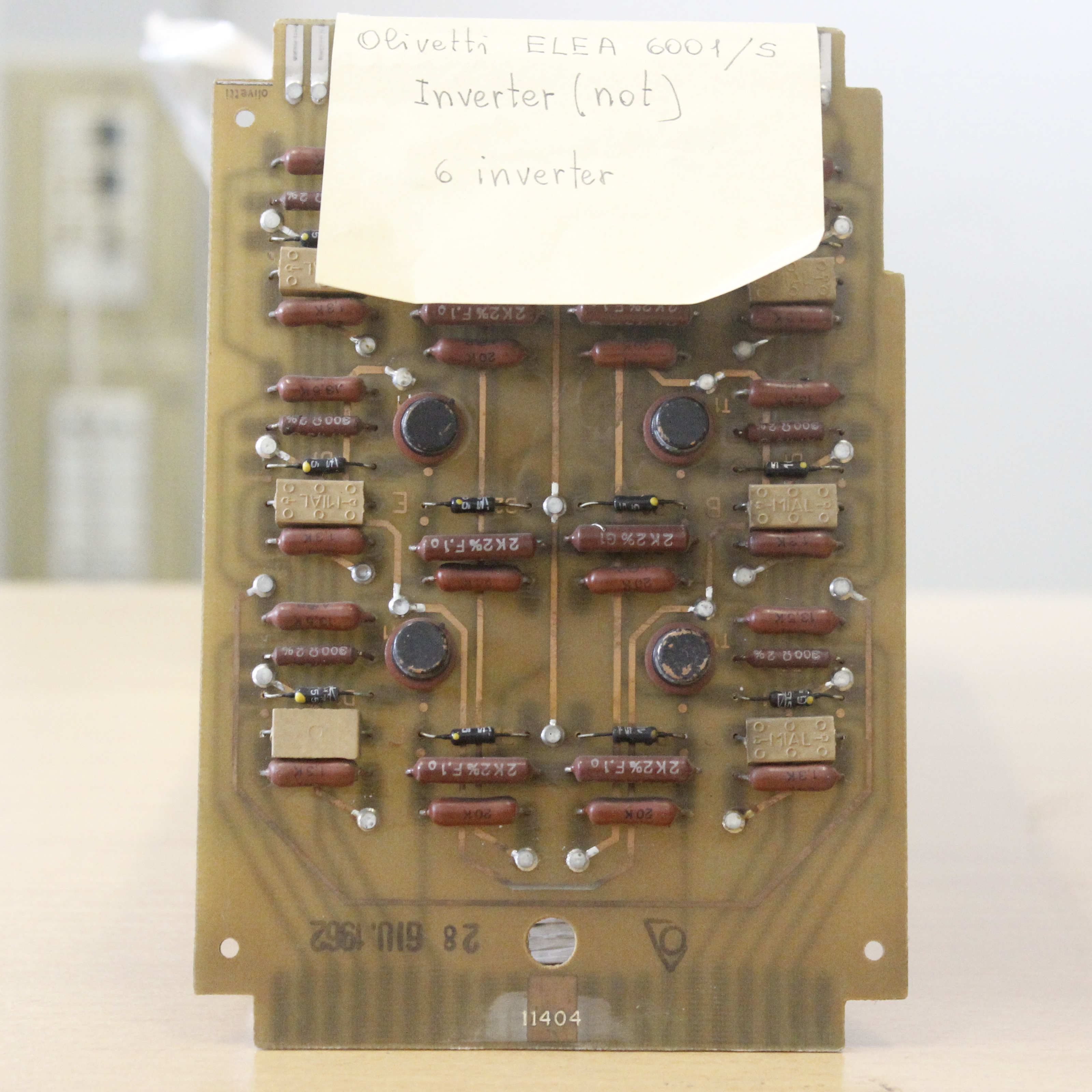 Diode-Transistor Logic (DTL), is a family of logical devices consisting of diodes, transistors and resistors. The diode network in input performs the logical AND or OR function while the transistor is a pilot stage which inverts (NOT function) the diodes output producing the final NAND or NOR output of the circuit. DTL logic has been replaced, since long time, by the faster TTL (Transistor-Transistor) logic.
The board shown in the picture is a DTL 6-INVERTER, which contains six inverter (NOT) circuits belonging to the Olivetti ELEA-6001 S computer, produced in 1961.